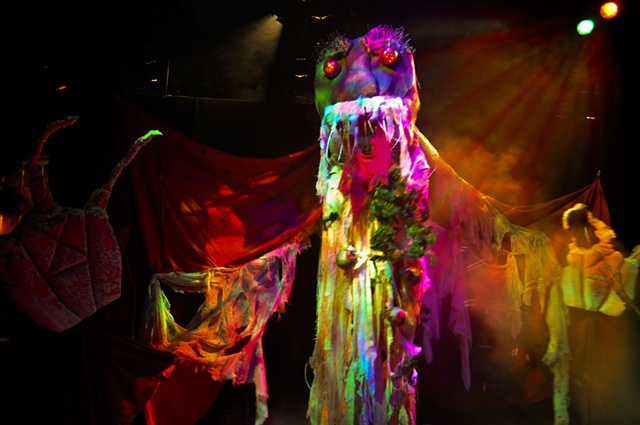 This room is a twist on 'Santa Claus', it is instead 'Santy Claws'

The final room features a large puppet of 'Santy Claws', a malicious version of the traditional Christmas icon that towers over patrons tearing apart Christmas ornaments and gnawing on some unfortunate elves whilst spewing their blood on patrons as they pass, as patrons are leaving the room they are surprised by one of Santy's surviving elves. Santy Claws is a large puppet controlled by three actors, two on each hand and one controlling the movement of the head and the jaw.